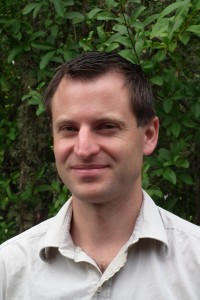 Dr. Dueppen studies the origins and development of complex non-centralized political systems in West Africa. His research, currently centered on the Iron Age archaeological site of Kirikongo in western Burkina Faso, addresses the development and rejection of social ranking, concepts of power in egalitarian societies, and collective action against elites. He has directed multiple seasons of excavation at Kirikongo, and recently conducted a regional survey around it in the Mouhoun Bend region. In addition to Kirikongo and other sites in Burkina Faso, he has done research at sites in Senegal, Kenya, and New Mexico. His research has been funded by amongst others, the National Science Foundation, Smithsonian Institution, American Council of Learned Societies, and National Geographic Society. He has published on Kirikongo and other research projects in American Antiquity, Antiquity, Journal of Archaeological Science, Asian Perspectives, Sahara, and Journal of African Archaeology, and his book Egalitarian Revolution in the Savanna: The Origins of a West African Political System was published in May 2012 by Equinox Press.